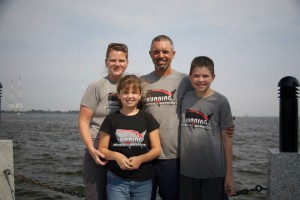 Jamie Summerlin is 50 years old, and a Marine from West Virginia. His wife Tiffany is also a Marine, and they met in Iwakuni Japan while stationed there together in 1995. He resides in Morgantown with her and their two children, Nicholas and Shayna. Jamie ran his first marathon in November of 2009, at the Suntrust Richmond Marathon in Virginia, having been encouraged by a close friend and former coworker, Jason Thomas.

Having never run longer than 11 miles non-stop in his life, he took upon himself the challenge, and began following a strict 5 month training program that led to a 3:31:02 race time. It was a life changing experience for him, and started putting in motion the thoughts that there were even greater challenges out there to overcome.

His first Ultra Marathon, the Frozen Sasquatch 50K, was run 2 months later through snow and mountainous terrain, and he was hooked. Jamie has run races all over West Virginia, Virginia, and Pennsylvania, ranging from 50K daytime races, to 50 mile overnight races through the mountains. In the summer of 2011, he ran the Laurel Highlands 77 Mile Ultra in Pennsylvania, as well as the Burning River 100 Mile Trail National Championships in Ohio, in preparation for his journey across America.

The idea to run across the country came from a conversation he had with his wife in the summer of 2010, one of those "life-talks".The thought of doing something extreme had crossed his mind for a while, and since they were both former Marines, and had seen how Veteran's organizations had impacted the lives of a few of their friends, Jamie wanted to bring awareness and honor those warriors who had sacrificed life and limb to protect our freedoms.

On March 26th of 2012, Jamie stuck his feet in the Pacific Ocean at Sunset Bay, in Coos Bay Oregon, and stepped off on the toughest journey of his life. That first 39 mile day was a very emotional day, but was overshadowed by every day after, for the next 99 days, all the way across America. His journey was capped off with an epic 100 Mile run in under 24 hours from Annapolis MD to Rehoboth Beach, DE, finishing the run in 23 hours and 57 minutes, a personal best. 3452 total miles, almost 6 million total steps, 16 states and Washington DC.

Along the way, Jamie experienced life changing events, from meeting with Veterans in VA hospitals, to ceremonies honoring our Veterans in small and large towns, to addressing our brave military at the Naval Academy in Annapolis MD.

Stay tuned for even greater things to come...who knows what's next! 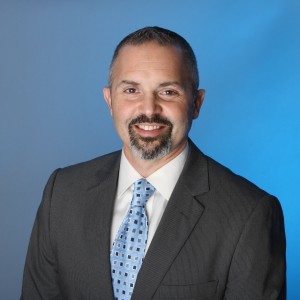 If anyone can run the distance, it?s Marine veteran Jamie Summerlin. His passion for running and empathy for fellow veterans inspired him in March 2012 to embark on a 3,452 mile, 100 day cross country journey that began in Coos Bay, Oregon, and ended in Rehoboth Beach, Delaware. His trek across 16 states and the District of Columbia, detailed in his book Freedom Run, not only raised money for national and local organizations whose mission is to assist veterans, but it inspired communities and veterans alike to Dream Big and find ways to support the United States Military and those who have served our country so bravely.

Jim Ryun, former U.S. Congressman, 3-time Olympian and world record holder, calls Freedom Run a captivating book that is the story about the true American spirit; U.S. Senator Joe Manchin says Summerlin?s book shows all of us that we can each do more.

Summerlin was recognized as one of the 55 Great Things in WV by the WV State Journal in 2012 and was most recently featured in Morgantown Magazine.

He serves on the Board of Directors for Operation Welcome Home, a Veterans facility in Morgantown, and is also an inspirational speaker for business and professional organizations, schools, veteran groups and the running community.

He and his wife, Tiffany, also a Marine Corps veteran, reside in Morgantown with their two children, Nicholas and Shayna.

On March 26, 2012, Jamie Summerlin, a US Marine Corps veteran, started an improbable cross-country journey. In order to honor our Military Veterans, and raise funds for West Virginia-based Operation Welcome Home, a veteran?s facility ?For Veterans, By Veterans?, he would run coast to coast beginning in Coos Bay, Oregon. After 100 days, 10 pairs of running shoes, and 3,452 miles, Jamie completed his journey in Rehoboth Beach, Delaware, becoming one of the few individuals in history to complete a true Ocean to Ocean run across America.

Jamie resides in Morgantown WV with his wife Tiffany, and two children Nicholas & Shayna. He currently serves on the Board of Directors for Operation Welcome Home. 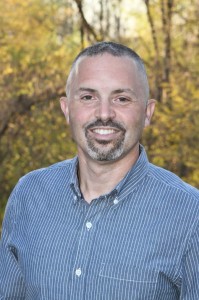 A 100-Day, 3,452-Mile Journey Across America to Benefit Wounded Veterans

An Average Man Takes a Not-So-Average Run Across America for Veterans. On July 6, 2012, Marine Corps veteran Jamie Summerlin dipped his feet into the Atlantic Ocean in Rehoboth Beach, Delaware after running 3,452 miles in 100 days. While Summerlin?s inspiring transcontinental journey to honor U.S. veterans is finished and documented in his book Freedom Run,? his mission to honor veterans is not. Today, Summerlin works through Operation Welcome Home and other nonprofit organizations to provide support for veterans. A portion of the book?s proceeds will benefit charitable organizations that serve US Veterans.

?Freedom Run is a captivating book that is not only a story of one man?s amazing run across the US, but also a story about the true American spirit...?

?Freedom Run is Jamie Summerlin?s inspiring story of how he set out to run across America to help wounded warriors, found himself along the way...?

An Average Man Takes a Not-So-Average Run Across America for Veterans.

On July 6, 2012, Marine Corps veteran Jamie Summerlin dipped his feet into the Atlantic Ocean in Rehoboth Beach, Delaware after running 3,452 miles in 100 days. While Summerlin?s inspiring transcontinental journey to honor U.S. veterans is finished and documented in his book ?Freedom Run?, his mission to honor veterans is not. Today, Summerlin works through Operation Welcome Home and other nonprofit organizations to provide support for veterans. Jamie also presents his journey through motivational speaking engagements at conventions, corporate team-building and goal-setting sessions, and student-athlete programs from middle schools to university level.. Providing the keynote address for military ceremonies and supporting organizations gives this US Marine Corps Veteran the opportunity to give back and inspire others through his passion for not only running, but the veteran community as a whole.

Running for a Cause: Jamie Summerlin set out on his cross-country journey to generate awareness and raise funds for veterans. Through the help of his family and countless others, Summerlin ran the equivalent of 132 marathons in 100 days. In his new book Freedom Run, Summerlin collected heartfelt stories of courage and pride from many veterans he met along the way. Freedom Run captures those stories and the true giving spirit of America! He has a message that is applicable for runners, businesses, veterans and the organizations that serve our veterans. Contact Jamie today to discuss any opportunities you may have for him to share his story and inspire others to Dream Big!

Freedom Run: Dreaming Big, Going Further, Making Impact - In 2012 at the age of 39, Jamie Summerlin ran across the United States, completing the  equivalent of 132 back-to-back marathons in 100 days, running an average of more than 240 miles a week. Jamie?s Freedom Run speaking message and the imagery of the run are universal, whether you?re an athlete or not. It?s about realizing a dream that less than 2 1/2 years prior to his mind-blowing run seemed impossible, and working as a team to understand the strengths and weaknesses that would help make that dream a reality. It?s about not allowing bumps in the road to slow you down, or the hills ahead tempting you to give up hope. It?s about finding inspiration through others to help you achieve personal goals that otherwise seemed insurmountable. Ultimately, it?s about staring fear in the face, digging deep from within, overcoming physical and mental hurdles, and inspiring others to Dream Big!

What Will You Do With What You've Been Given - Inspiration for Student Athletes and Professionals. With images from his amazing Run Across America in 2012, including movie clips and dynamic photo transitions set to music, Jamie speaks about his accomplishments in ultrarunning and his journey across America. While presenting the audience with beautiful imagery through stories and media, Jamie also pushes the audience to think about their own dreams and utilizing the abilities they?ve been blessed with; then taking those talents to do great things for themselves and others. Jamie?s vision of honoring and inspiring the veterans of the US Military through his run begs the question of each participant in the presentation: "What will I do with what I?ve been given?"

Partnerships With Purpose - Inspiration for Schools, Businesses and Organizations looking to hire veterans. Through partnerships with higher education and businesses, Jamie presents ways that organizations can work together to provide the necessary support services and understanding required by our veteran community today. Faced with the current economic climate, the challenge for non-traditional students who are veterans returning or starting college after the military, and the ever-increasing physical and mental challenges faced by our veterans, Jamie brings to your organization or educational facility open discussions on how you can help our veterans overcome these challenges to be successful. Personal stories from his own family struggling with the non-traditional student status, to the excitement of seeing those veterans become a contributing member of a business or organization when given the tools to succeed. You will walk away with a better understanding of how your company or educational facility can better equip our veterans to succeed in today?s job market, allowing your organization to grow in more ways than you could have ever imagined.

One thought on “About Jamie – Bio”